Barack Obama tried to negotiate less grey hair, he recalled, but Kehinde Wiley’s “artistic integrity” would not allow it. He tried to negotiate smaller ears but “struck out on that as well”. There was one area of concession, however: Wiley’s impulse to depict Obama on a throne, holding a sceptre or perhaps even riding a horse. “I had to explain that I’ve got enough political problems without you making me look like Napoleon!”

The result was a vivid official portrait that shows the 44th president sitting in a suit, without a tie, floating in vegetation and flowers, the Guardian reports.

Obama was on hand to unveil it on Monday at the Smithsonian National Portrait Gallery in Washington, where the America’s presidents section was previously an exclusive club for white people painted by white people.

“How about that?” said Obama, after he and Wiley pulled down a black cloth to reveal the 84in-high canvas, watched by an audience that included former vice-president Joe Biden and donor Steven Spielberg, the Hollywood director. “That’s pretty sharp.”

The ceremony also witnessed the unveiling of a portrait of former first lady Michelle Obama, by Amy Sherald, whom the former president praised for capturing his wife’s “hotness”. Both portraits – produced after two sittings each – have sombre expressions, perhaps not entirely inappropriate in the era of Donald Trump.

Wiley is a Los Angeles-born (in 1977), New York-based artist best known for his vibrant, large-scale paintings of African Americans. He typically portrays people of colour posing as famous figures in western art, challenging the white-dominated western canon. Some of the flowers in the background of his Obama portrait carry special meaning: the chrysanthemums reference the official flower of Chicago; the jasmine evokes Hawaii, where he spent the majority of his childhood; the African blue lilies stand in for his late Kenyan father.

Wiley said: “In a very symbolic way, what I’m doing is charting his path on earth through those plants that weave their way. There’s a fight going on between he in the foreground and the plants that are trying to announce themselves underneath his feet. Who gets to be the star of the show? The story or the man who inhabits that story?”

Obama noted that he had never had his portrait done before. The celebrated “Hope” election campaign poster was “cool”, he said, but he did not sit for it. “I don’t like posing, I look at my watch,” he admitted. “It’s pretty tortuous trying to take a photograph of me, never mind a portrait.”

Both Obama and Wiley were raised by American mothers and had African fathers who were absent, the former president noted. “But what I was always struck by whenever I saw his portraits was the degree to which they challenged our conventional views of power and privilege and the way that he would take extraordinary care and precision and vision in recognising the beauty and the grace and the dignity of people who are so often invisible in our lives and put them on a grand stage, on a grand scale, and force us to look and see them in ways that so often they were not. 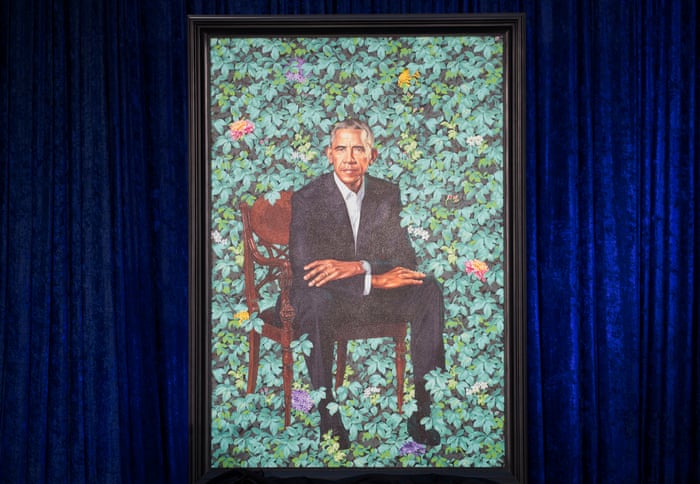 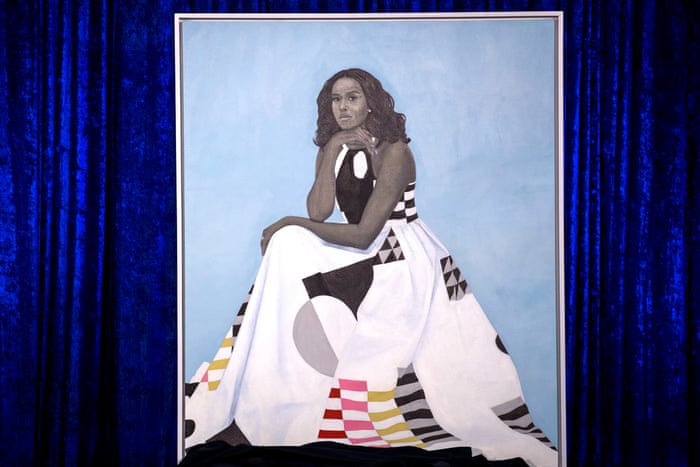