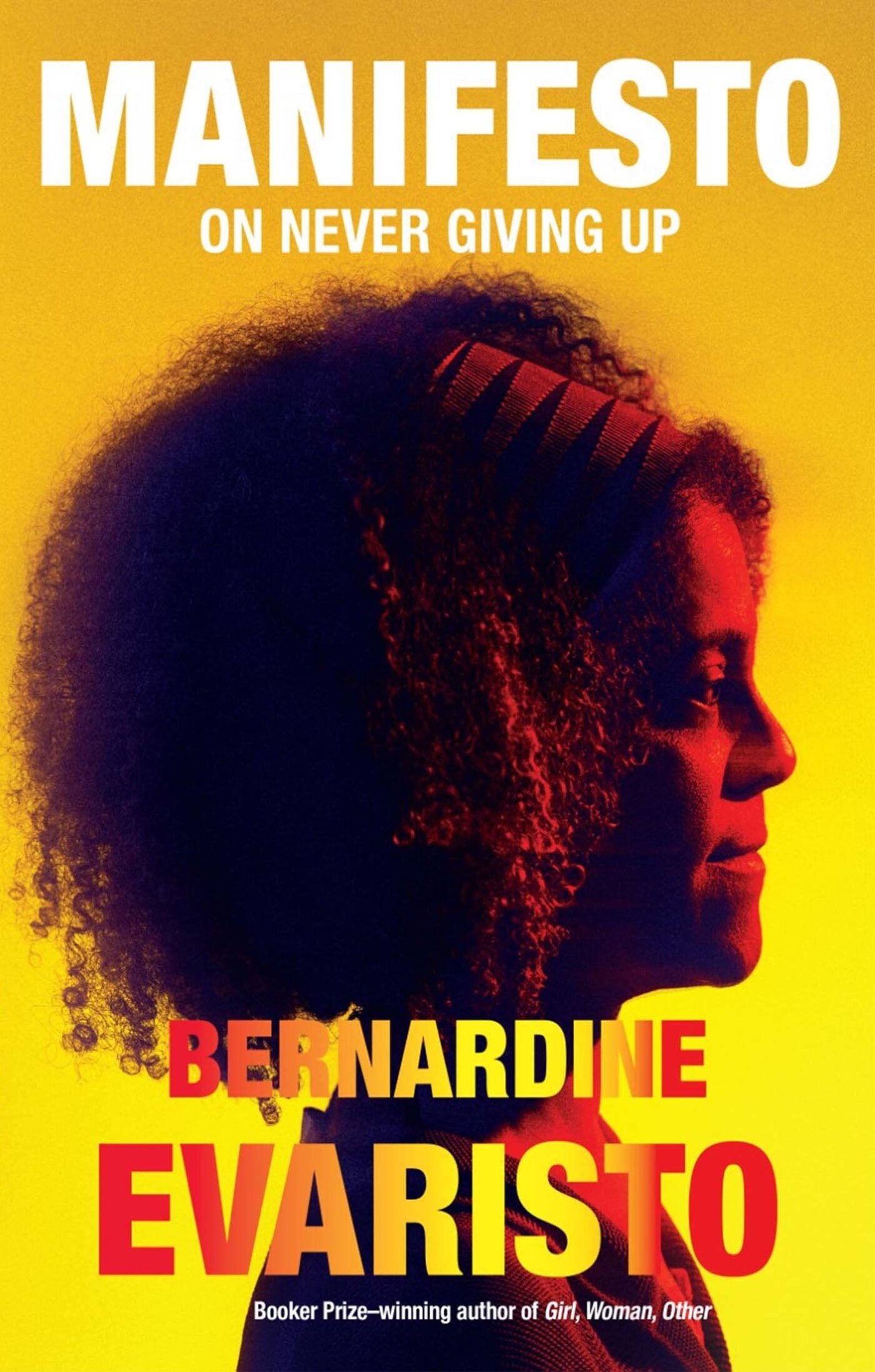 In a 1973 review of Nobel Prize-winning writer Toni Morrison’s Sula, New York Times critic Sara Blackburn wrote: “Toni Morrison is far too talented to remain only a marvelous recorder of the black side of provincial American life. If she is to maintain the large and serious audience she deserves, she is going to have to address a riskier contemporary reality.”

More than a decade later, in 1988, journalist Jana Wendt asked Morrison if she would ever change and incorporate white lives in her work in substantial way. “You can’t understand how powerfully racist that question is, can you?” Morrison responded. “You could never ask a white author, ‘When are you going to write about Black people?’ Whether he did or not, or she did or not. Even the inquiry comes from a position of being in the center.”

The same questions were raised in an interview Morrison did with Charlie Rose in 1998, and onwards in her career.

The attitudes that Morrison was faced with — the same lack of value towards non-white narratives — continues today, on both sides of the Atlantic. Writes Booker Prize-winning British author Bernardine Evaristo in her new memoir Manifesto: On Never Giving Up: “I have been asked, in all seriousness, when I’m going to progress beyond writing about black people, as if it’s a stage one goes through en route to the next level of human enlightenment.”

Yet, as Morrison noted so long ago, this question of racial representation of characters is not something asked of white writers who do not include people of color in their writing, even when writing about contemporary multiracial societies. Instead, the ignorance that writers of color are met with includes assumptions that writing narratives about black lives must mean the work is solely about racism or identity; the assumption that “only white narratives are seen as capable of exploring universality in fiction.”

This, perhaps, is what has fueled the literary activism detailed in Manifesto that Evaristo has engaged in throughout her life. Evaristo’s work in supporting inclusivity in the literary arts is legend. It includes the commission of a Free Verse report, which found that less than 1% of poetry books in the United Kingdom were published by poets of color, and then creating a mentorship program, The Complete Works, to do something about it; this program mentored 30 poets over two years. Evaristo’s advocacy work also created the Brunel Poetry Prize for African writers, the first and largest award of its kind, and led her to work alongside Kwame Dawes in situating the African Poetry Book Fund as a force that has changed the shape of contemporary publishing. Most recently, as the curator of Black Britain: Writing Black, Evaristo is republishing overlooked books by Black authors such as Minty Alley, by C.L.R James originally published in 1936.

Manifesto, which could otherwise be called Portrait of the Artist as a Young Black Woman, is a much needed accounting of a Black woman’s coming of age through the journey of creating a profoundly authentic creative life. “As someone who was female, working class and a person of colour, limitations had been determined for me before I had even opened my mouth to cry at the shock of being thrust out of my mother’s cozy amniotic womb,” Evaristo writes. From her youth as a struggling unpublished poet working odd jobs to survive, to her status today as an award-winning author and professor, Evaristo’s life as detailed in Manifesto is the story of dreams made real through an unshakeable belief in the self despite the naysaying noise of the world.

Manifesto resonates with tenderly drawn stories of Evaristo’s family history — beginning with mourning the grandmother whom she never met and trying to find a connection to her Nigerian family, a familiar story of Africans caught in the rapacious capitalistic project of European colonization. Evaristo’s father, of Nigerian and African Brazilian descent, had been raised in Lagos; her mother was an Englishwoman whose “roots in Britain stretch back over three hundred years to 1704.”As a bi-racial brown skinned woman, Evaristo, along with her seven siblings, experienced racism throughout childhood. “My family endured the name-calling of children who parroted their parents’ racism, along with violent assaults on our family home by thugs who threw bricks at our windows,” she writes. There was also the pain of how Evaristo’s mother was cut out of her family, which was white, after she married Evaristo’s father because he was Black — despite a family member who had escaped violence from Nazi persecution. “It was an early lesson for me as a child, witnessing how people who are victims of oppression can turn into oppressors themselves.”

This personal reflection allows Evaristo to delve into an incisive analysis of class and race in the United Kingdom — whether it be an interrogation of her own privilege as a light-skinned woman and the role of colorism, or of how her mother, only daughter of working class parents, had been poised to move to the middle class through her profession as a teacher only to be “rapidly demoted to the bottom by her marriage to an African.” Yet both Evaristo’s parents would not let racism dampen their voices, and engaged in lifelong political activism, which Evaristo cites as informing her own.

In Manifesto, there is also an exploration of the terrifying and eponymous nature or sexual assault and violence that haunts young women — from Evaristo’s account of being choked by an early ex-boyfriend to hearing the stories of assault from other female friends. Not much has changed in the half century since she was a teenage girl, Evaristo reflects. “Bad things happened to women and girls, who were expected to put up with it in silence.”

What sustains Evaristo throughout is this: a dedication to the craft of writing and an astute awareness of the importance of community. Evaristo understood that for Black artists, whose art was shut of the mainstream conversation, the creation of art also necessitated the creation of community. To this end, a young Evaristo and two friends founded the Theatre of Black Women. Here was the birth of Evaristo the playwright. It was this theatre — both the artistic expression and community with other Black women artists that set the foundation for Evaristo’s literary genius. The plays she wrote were embedded with the musicality of language, showcasing how poetry has long been at the center of her work, whether it be her first poetry collection Island of Abraham, published in 1993, or her most recent Booker Prize-winning work: the stunningly lyrical Girl, Woman, Other.

Evaristo’s preoccupation with history is central to her work; a turning point in her writing came when she began to learn about the history of Africans in England, which had been absent from her earlier education— citing Peter Fryer’s Staying Power: The History of Black People in Britain as particularly revelatory. In writing about a legion of Moors stationed near Scotland at Hadrian’s Wall as part of the Roman army in A.D. 211, Fryer stated: “There were Africans in Britain before the British came here.” Evaristo began to draw from that history to fuel her writing; the result was her 2004 book The Emperor’s Babe, the story of an African girl growing up in Roman-era London.

“As a writer, my project has been to explore the African diaspora — past, present, real, imagined — from multiple perspectives,” writes Evaristo. Manifesto revels in the stories behind Evaristo’s writing — the formation of each book as well as the formation of the artist engaged in the act of creation. Here, one of the foremost writers of the age unwinds her career and life. In doing so, she has given us a nonfiction bildungsroman that is a towering monument to the creative life of Black women.

Hope Wabuke is a poet, writer and assistant professor at the University of Nebraska-Lincoln.