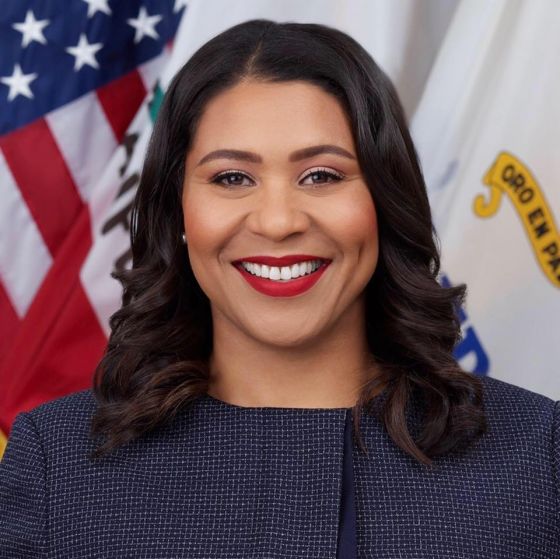 Transgender women experiencing homelessness, food insecurity, poor health services and low pay are less likely to receive necessary HIV prevention support or treatment, according to a Centers for Disease Control (CDC) study based on responses from more than 1,600 trans women across seven major U.S. cities: Atlanta, Los Angeles, New Orleans, NYC, Philadelphia, San Francisco and Seattle, Gay City News reported. The study, released by the CDC on May 19, evaluated answers from trans women about the status of their health care support, housing environment, food security, and other factors. The full report is at https://www.cdc.gov/mmwr/volumes/71/wr/mm7120a1.htm?s_cid=mm7120a1_x.

Gays Against Guns brought the fight against gun violence to NYC’s Duffy Square in response to the May 24 mass shooting at Robb Elementary School in Uvalde, Texas, where 19 students and two adults were murdered and 17 others were wounded, Gay City News reported. Members of Gays Against Guns met at PS 212 at 328 West 48th Street and marched to Times Square before holding a rally on the red steps on May 26. Congressmember Caroline Maloney and out gay state Sen. Brad Hoylman showed up in support of the demonstration and delivered speeches.

The leaders of two LGBTQ+ advocacy organizations joined 98 others on TIME Magazine’s 2022 “TIME 100” listthe publication’s annual roundup of the 100 most influential people in the world, according to The Hill. The magazine recognized Emmett Schelling and Nadine Smith, the executive directors of the Transgender Education Network of Texas (TENT) and Equality Florida, respectively. Schelling, has led TENT since 2017. The Texas organization is the largest transgender-led and transgender-focused in the state, and seeks to support transgender and gender-expansive people across Texas through “social, legislative, and corporate education,” according to the group’s website.

LGBTQ Victory Fund-endorsed candidates Venton Jones and Christian Manuel-Hayes won their Democratic primary runoff elections for the Texas state House in District 100 and District 22, respectively, a press release noted. The victories put both on track to become the first out LGBTQ Black men ever elected to the Texas state legislature, if they win the general election in November. Jones would also be the first out LGBTQ Black state legislator in the U.S. who is openly HIV-positive.

A D.C. Superior Court judge sentenced District resident Patrick Trebat, 39, to seven months in jail following a court hearing in which a gay Asian man, Sean Lai, described how Trebat assaulted him and his parents while shouting homophobic and anti-Asian slurs, The Washington Blade reported. The sentencing came after Trebat pleaded guilty during the same hearing to three counts of misdemeanor simple assault, with one of the counts designated as a hate crime based on the victim’s ethnicity. In exchange for Trebat accepting the plea deal, prosecutors agreed to drop two earlier felony charges of bias-related assault with significant bodily injury.

Kalvinn Garcia, 25, pled guilty to one count of committing a hate crime in the Feb. 24, 2020, arson at a nightclub in Seattle’s Capitol Hill neighborhood, Yahoo! News noted. Garcia set fire to a dumpster behind Queer/Barand said he did so because he was angry to see a sign that said “queer.” He also told officers, “I think it’s wrong that we have a bunch of queers in our society.” Garcia faces a maximum of ten years in prison and a $250,000 fine; he is scheduled to be sentenced Sept. 20.

Following last year’s passage of the Gender Recognition Act, New York State is moving to implement a policy allowing state residents to change the gender marker to “X” on their driver licenses, learner permits and non-driving identification, according to Gay City News. New York State residents who are applying for a new license or already have one can change the gender marker to “X” by filling out an application with the Department of Motor Vehicles. Beginning in July, individuals can also complete the application process online, according to Gov. Kathy Hochul’s office.

Equality Utah has hired Marina Lowe as its new policy director, per a press release. Lowe has been working with the organization as legislative and policy counsel for the ACLU of Utah, and was instrumental in helping Equality Utah pass non-discrimination protections for the LGBTQ+ community in 2015.

Under the banner headline “Iconic Portraits,” the San Francisco Bay Times featured the work of out gay artist Kehinde Wiley on its front cover, according to Press Pass Q. Wiley and Amy Sherald are the first Black artists selected by the National Portrait Gallery, part of the Smithsonian Institution, to create presidential portraits. Wiley is the first openly gay artist to receive the honor. Wiley’s portrait of former President Barack Obama, along with Sherald’s portrait of former First Lady Michelle Obama, recently appeared on the cover to preview The Obama Portraits Tour, which opens at San Francisco’s de Young Museum on Saturday, June 18.

San Francisco Mayor London Breed will include a $3-million increase for HIV services in her proposed budget, which is set to be released June 1, per The Bay Area Reporter. Unfortunately, that amount is far short of the $10.5 million in city funding HIV/AIDS advocates say they need. There’s also some concern that the city’s allocation of federal Ryan White funding may decrease and if that’s the case, Breed would look to backfill any cut through the budget process. The city’s two gay supervisorsDistrict 8’s Rafael Mandelman and District 6’s Matt Dorsey, who is HIV-positivesupport the mayor’s proposal but would like to see more funds allocated through the upcoming budget process.

On May 18, the National Black Justice Coalition commemorated World AIDS Vaccine Day, also known as HIV Vaccine Awareness Day. In a press release, Executive Director Dr. David J. Johns said, in part, “After two years of COVID-19 ravaging the United States and the world, there are a half a dozen vaccines now protecting the public at large. This is great news in a pandemic that has claimed the lives of too many, but it begs the question: Why haven’t we done the same for AIDS, which has killed about 32.7 million people?”

Talk-show host Bill Maher recently claimed that there was an increase in the number of individuals identifying as LGBTQ+ partly because “it’s trendy,” The Hill noted. On his HBO show, Real Time with Bill Maher, Maher discussed a Gallup poll that noted an increase in the number of U.S. residents per generation self-identifying as LGBTQ+. He suggested during the segment that more children identified as transgender in California than in Ohio, stating that it was “regional.”

The New York City Gay Men’s Chorus will perform a June 4 concert at the Brooklyn Museum as well as other Pride concerts and performances, a press release noted. Among other things, the chorus will be performing the national anthem and more for the Cyclones Pride Night on June 9 at Maimonides Park as well as being part of StuyTown Pride on June 16 and being part of the New York City Pride March on June 26.

Along a similar line, the Empire City Men’s Chorus (ECMC) will present its spring concert, “Kinfolk Divine – A concert ode to the feminine divine,” on June 3-4 at the Church of the Holy Apostle; and June 7 at the Broadway Presbyterian Church, per a media release. In Kinfolk Divine, ECMC will sing to iterations of the divine feminine from Hindu, Buddhist, Celtic, and Judeo-Christian traditions.

Republican U.S. Sen. Cynthia Lummis, of Wyoming, was booed at a graduation ceremony when she decided to use her speech to attack transgender people, LGBTQ Nation noted. “Even fundamental, scientific truths such as the existence of two sexes, male and female, are subject to challenge these days,” Lummis said during her speech at the University of Wyoming. Students booed and Lummis was rattled by the unexpected reaction she got. In a letter to students and parents, the University of Wyoming distanced itself from Lummis’ comments without apologizing for inviting her to speak in the first place. The senator herself later apologized, The Hill reported.

Former White House Press Secretary Jen Psaki will host a new streaming program that is expected to launch in the first quarter of 2023, Variety noted. She will also appear on NBC and during MSNBC’s special programming related to the 2022 midterm elections and the 2024 presidential election.

The Harlem-based organization Black Public Media (BPM) selected the recipients of $120,000 in grants for short films promoting adult vaccination in Baltimore’s Black community, per a press release. The grants arose from the March 2022 Black Media Story Summit (BMSS) in Baltimore, one in a series of convenings BPM is holding around the country with creatives, film and television industry executives, thought leaders and other stakeholders to address the most pressing issues facing Black people.