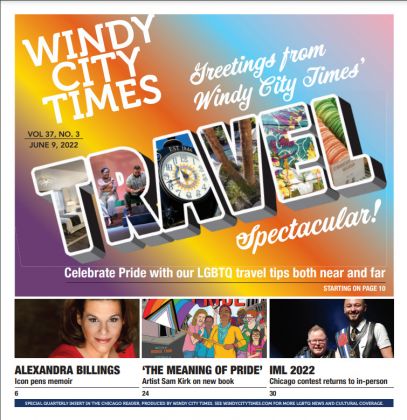 Washington, DC — Today LGBTQ Victory Fund, the only national organization dedicated to electing LGBTQ leaders to public office, released exclusive data about out LGBTQ people running for office in 2022. With at least 1,008 out LGBTQ people running so far, there are more LGBTQ candidates running than in any other election cycle in U.S. history — and they are significantly more diverse in terms of race and ethnicity, gender identity and sexual orientation, with some exceptions. Prior records included 2020 when 1,006 out LGBTQ people ran for office and 2018 when 716 ran. Click here to read the full memo on 2022 LGBTQ candidate data.

There has been a sharp increase in gender non-conforming candidates, with 20 running in 2022 compared to zero in 2020 and two in 2018.

“The writing is on the wall for the LGBTQ community and our allies: our rights are on the ballot this year. The people we elect this cycle will make decisions about what our kids are allowed to learn and say in the classroom, what health care choices people will be allowed to make about their own bodies and possibly, whether we will continue to be allowed to marry those we love. With more LGBTQ people running than ever before, this election also brings incredible opportunity to elect fiercely pro-choice, pro-equality leaders up and down the ballot. The LGBTQ leaders we elect will not only be critical voices in halls of power across the country, their success will be a deafening rebuke to the wave of hate impacting our community.”

LGBTQ Victory Fund works to achieve and sustain equality by increasing the number of openly LGBTQ elected officials at all levels of government while ensuring they reflect the diversity of those they serve. Since 1991, Victory Fund has helped thousands of openly LGBTQ candidates win local, state and federal elections.