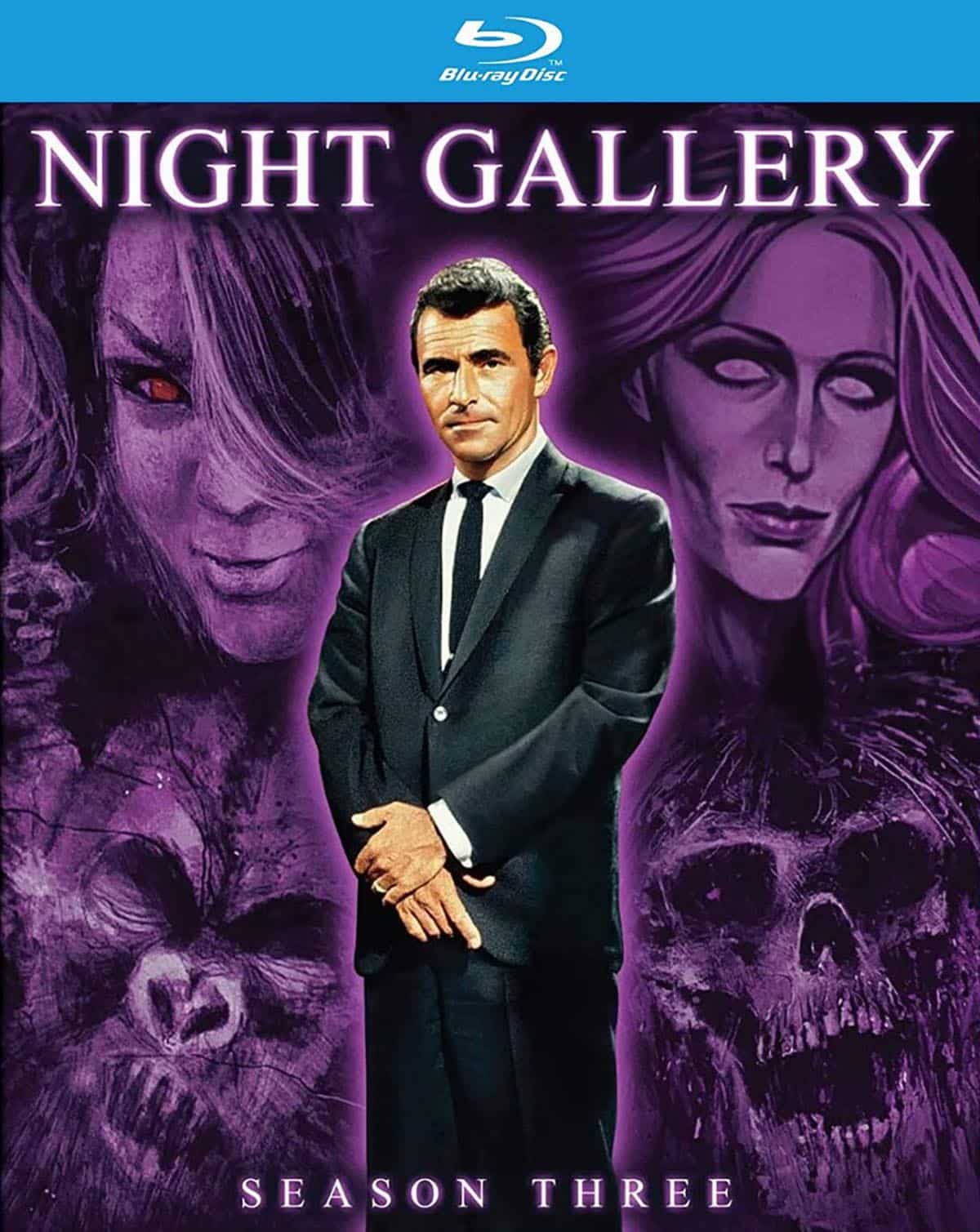 For its third season, Night Gallery suffered from some significant tampering by the execs at NBC. They decreed that the episode number would be reduced to a partial season’s run of 15, and ordered that episode length should be hacked down from 60 to 30 minutes. They also demanded that the content be “Americanized,” with less reliance on gothic atmosphere and more of an emphasis on rough-and-tumble action. Luckily for viewers, that last draconian pronouncement went largely unheeded. But the result of all this meddling, though, is a noticeably uneven season that starts off really strong, only to fizzle out with some undeniably underwhelming final episodes.

Adapted from a story by Clark Ashton Smith, “The Return of the Sorcerer” is an exercise in occult-inflected Grand Guignol leavened with a streak of black comedy. A practitioner of the black arts (Vincent Price) hires a scholar of medieval Arabic (Bill Bixby) to translate a passage out of the dreaded Necronomicon (a nod to Smith’s friend H.P. Lovecraft). Halsted Welles’s script shrewdly expands on the narrative of Smith’s story, adding humorous touches like the dinner scene where a black goat is seated at the table, not to mention the disturbingly equivocal figure of Price’s occult aide, Fern (Tisha Sterling). Everything comes together here—script, direction, performances, and stylized set design featuring wall-sized blowups of Aleister Crowley’s Tarot deck and William Blake’s painting The Ancient of Days—for one of the most enjoyable episodes, not only of season three, but of the entire series.

Based on a story by Fritz Leiber, “The Girl with the Hungry Eyes” deals with a photographer (James Farentino) and his mysterious new model (Joanna Pettet), who somehow embodies every man’s erotic and mercantile desires, giving new meaning to the term “commodity fetishism.” The price to be paid for falling under her alluring spell, however, can be fatally high. Leiber’s tale is an intriguing new spin on classic vampire lore, with its modern-day urban setting, not to mention the social commentary inherent in its jaundiced take on voyeurism, the so-called art of advertising, and the alienating effects of the capitalist system. Despite some narrative fumbling, director John Badham adorns this episode with some striking visuals, and the effects-heavy finale is both cleverly conceived and chilling.

Poetic and eerily atmospheric, “Whisper” could have been a top-tier episode, with its novel experiment in breaking the fourth wall, but it’s undone to a large extent by an abrupt ending to doesn’t give you time to savor its consequences. Elsewhere, “Death on a Barge” enacts its gauzily erotic story of a lovelorn landlubber and a reluctant vampire with all the aplomb of a 1940s Val Lewton production, but it lacks the necessary space to fully develop its secondary characters, so that the already potent ending might land with even more force. (It’s truly remarkable when you consider that the climactic staking scene passed the scrutiny of NBC’s Standards & Practices with the line, “When you plunge it in, cry out that you love me!”)

Other episodes are buoyed by strong lead performances. Geraldine Page enthusiastically devours the scenery in the acerbically funny “Something in the Woodwork,” creating a nightmarish caricature of a dedicatedly shrewish ex-wife. “Spectre in Tap-Shoes” boasts an excellent turn from Sandra Dee assaying dual roles in a classic gothic-style narrative of gaslighting and attempted murder, while “You Can Come Up Now, Mrs. Millikan” astutely plays on the status of its leads (Ozzie and Harriet Nelson) as TV icons, lending a comedic patina to what otherwise would be a grim tale of madness and obsession. And Leonard Nimoy adroitly plays against Spock typecasting in “She’ll Be Company for You,” navigating viewers through some unfortunate effects choices to arrive at a fittingly ambivalent conclusion.

Though the amount of truly first-rate episodes may be fewer than in the second season, Night Gallery: Season Three warrants attention by including at least one of the show’s absolute highlights, “The Return of the Sorcerer,” as well as a number of other solid entries. In certain critical and fan-based circles, it’s true that the third season suffers from a fairly dire reputation, but, if nothing else, this new reissue in sparkling HD will allow viewers to reconsider and reevaluate the aesthetic and narrative merits of these episodes.

As with its predecessors, Kino offers Night Gallery: Season Three in a sparkling 2K restoration made from 35mm interpositive elements, and the results are truly impressive, giving every episode the sheen of a short film in its own right. Colors are vibrant, deep blacks suitably shadowy, and flesh tones never less than lifelike. The Master Audio mono tracks are free of hiss or distortion, lending able support to the dialogue, and nicely putting across the scores, including the discordant new opening title music from Eddie Sauter.

Every episode comes with one or more commentary tracks from a number of TV and horror genre experts like Jim Benson and Scott Skelton (who wrote an invaluable book on the series), Tim Lucas, Amanda Reyes, Kim Newman, Stephen Jones, and Gary Gerani, while several episodes feature tracks with cast and crew members. The third installment of film historian Craig Beam’s “The Syndication Conundrum” details the decision to include episodes from an entirely unrelated TV show involving supernatural elements, The Sixth Sense starring Gary Collins, into the Night Gallery syndication package to boost episode numbers. Beam also provides footage of every introduction that Rod Serling recorded for these episodes to make them seem like they belonged to Night Gallery, which have never been readily available before now. Lastly, an illustrated booklet serves as an episode guide.

The third and final season of Rod Serling’s Night Gallery gets a stunning 2K restoration and a cornucopia of bonus materials from Kino Lorber.